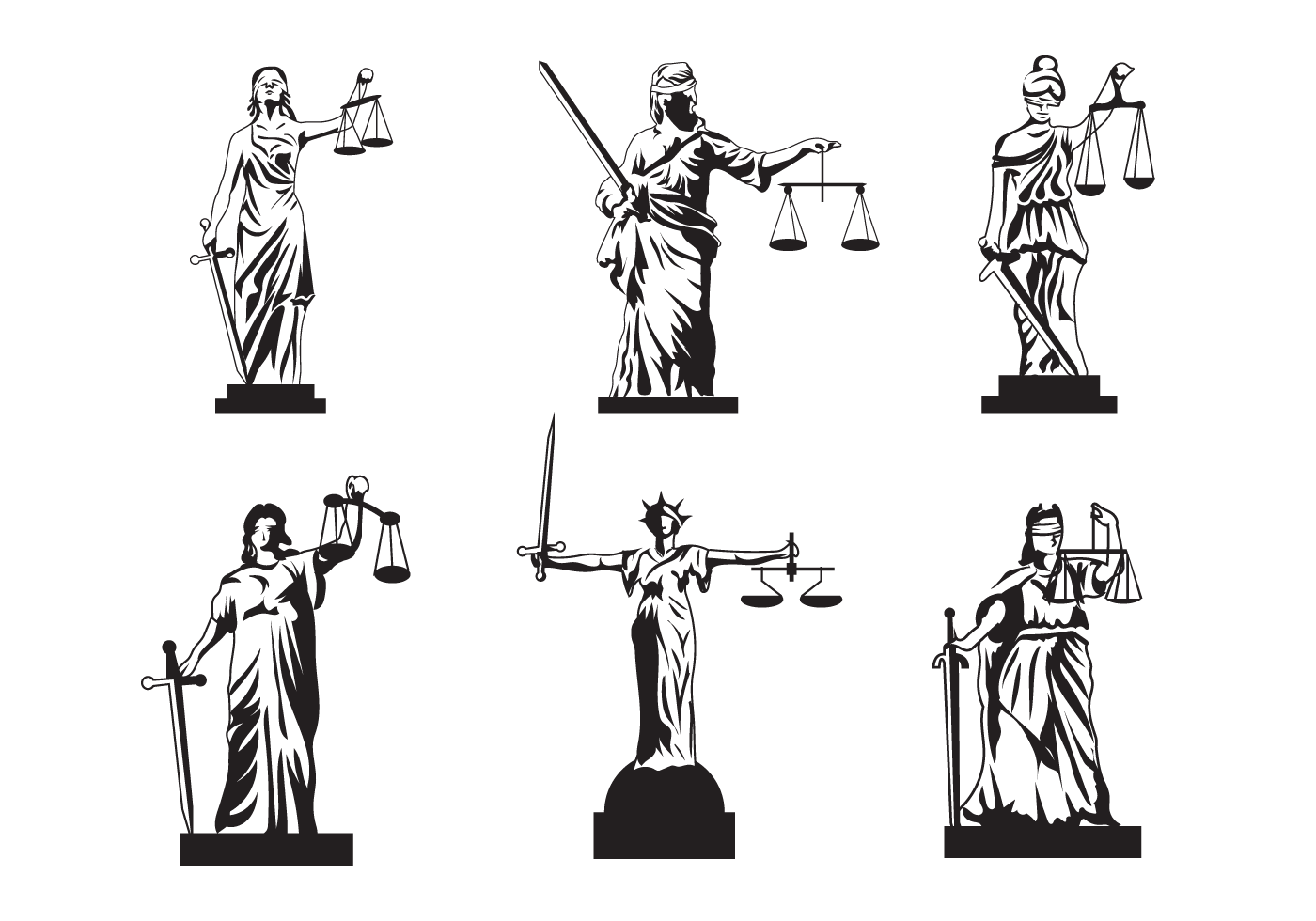 If you are reading this post chances are that you are embarking on the barrister route or at least considering the path. You probably know that a barrister is a qualified legal practitioner who engages in advocacy – representing, advocating and defending his/her clients in a court or tribunal in the UK and beyond (in some cases). Known collectively as the bar, barristers are usually called upon to give opinions or to draft documents, and though many specialize in one practice area, some engage in a more general practice covering a variety of areas.

If you have completed or are in the process of completing your qualifying law degree, or a non-law degree and a law conversion course, such as the GDL, you’ll need to complete the vocational component of bar training known as the Bar Professional Training Course. After this, successful candidates will do a 1-year pupillage, which usually takes place in chambers. There are many different kinds of barristers’ chambers. Where you train has a significant influence on your career, as the style, size and clientele of each Chambers will vary, among other things you’ll be sharing costs of accommodation and administrators of chambers with other barristers when you become one. Thus for those seeking to practise in the UK, it’s important to consider the following broad categories of chambers (sets) to establish which type of set might best match your career goals and aspirations.

The Commercial Bar is concerned with issues arising from commerce or other business and covers a broad range of practice areas including banking and financial services, intellectual property, sale of goods, shipping, international trade, insolvency, professional negligence, civil fraud, insurance/reinsurance and oil and gas law. Essentially a commercial law barrister can cover the whole range of transactions between businesses. As a fledging barrister, some of the laws you should be well-versed in this area should include contract, tort, property, private international law and civil procedure. In the beginning, as you’ll most likely be working on various commercial deals which may involve small monetary values or huge monetary values [if you are assisting senior barristers], it is paramount that you grow in your skill and ability to advocate and draft excellently – if you want to be successful. Furthermore, in the same way, that the solicitors’ pathway has the ‘Magic Circle’ of law firms, so too does London’s Commercial Bar. Although the member chambers of this group are debatable, chambers like Fountain Court, South Square, Brick Court, Essex Court, One Essex Court and Blackstone all have qualifying characteristics to be included in such a group. If the money is an important factor, then sets in this area are the kind you should look at, as they pay handsomely. One Essex Court is known for paying their pupils £75,000 while Blackstone Chambers chips in with £70,000.

In civilized societies, the exercise of power by public authorities is regulated by a set of legal principles that are commonly referred to as public law, and the UK is no different. Since the latter part of the twentieth Century, barristers’ practice of public law in the UK has grown exponentially reflecting the ever-increasing breadth and complexity of state regulation of individuals and corporate entities under domestic and European legislation. In the UK, fledging barristers in this area of specialism are involved with the analysis and application of constitutional and administrative law, primarily in the context of challenges to the decision-making by public authorities and inferior tribunals. You’ll be called to offer your clients expert advocacy and advisory services over an extensive range of work involving civil and criminal regulation, casework involving challenges to and appeals against the decisions and actions of governments, public authorities and quasi-public bodies, which engage public law principles in other courts, councils, tribunals and inquiries, including those constituted on an ad hoc basis. Whether your client is an individual or corporate entity, you’ll be in charge of ensuring access to the courts to review and adjudicate upon the lawfulness of the above-mentioned entities’ decisions and ensuring that specialist remedies are provided for where excesses of power have occurred.

In England and Wales, the legal system in practice is the common law legal system which combines the passing of legislation but also the creation of precedents through case law – when a law is passed and it is adjudicated upon by the court it becomes a precedent to be followed until its overturned. Essentially the common law is derived from the law created by judges. This modus operandi originated during the reign of King Henry II when many local customary laws were replaced by new national ones, which applied to all and were thus “common to all”. As common law is common to all in the UK it covers many different areas of law; so a barrister at a common law Chambers usually has the nous to work across a wide range of areas of law. For example, a common-law barrister may in one instance be helping in the assistance of an Inquiry into the collapse of a building; be developing a personal injury practice, dealing with issues concerning international abduction while carrying out work for both government agencies and local authorities simultaneously. Speaking of personal injury, as a fledging barrister expect to come across matters involving personal injury as it’s a staple at common law chambers. Another staple is matters involving employment. Common law barristers will find that their cases will usually turn on principles of tort and contract. The reality of practising common law is that because of the variety and volume of cases that common law attracts, common law sets and barristers need to have a good grasp of the law and the procedural rules of the court, as well as the knack for quick assimilation of the facts of each case. Thus it’s usually not a surprise when many barristers in common law sets choose to specialise in perhaps two to three areas of common law. Some interesting areas of speciality include family, contract, chancery, clinical negligence, personal injury, employment and to a certain extent crime.

From serious offences of murder & serious violent offences to serious sexual crimes to terrorism to drug & human trafficking, complex fraud & corruption, to regulatory breaches, to restraint & confiscation to motoring offences and juvenile misdemeanours – criminal chambers can handle just about every kind of violation that exists. If the way of the crime is the way you want to go – pardon the pun – endeavour to research the reputation and the focus of the particular Chambers you hope to be working with. This is because some chambers choose not to partake in the defence of every kind of crime, some, for example, might choose to focus on sexual abuse, terrorism or mostly murder. Considering that in most cases you’ll be on as a criminal defence barrister that a good portion of your client’s freedom will be up for grabs, you should harness your ability to fully understand the impact of a criminal investigation and trial on your clients, and provision of pre-charge advice. You’ll also need to work on being approachable and being able to offer practical, sensible advice. In preparation for your cases, you must apply meticulous care ensuring that you have a total grasp of the details involved – a single detail might be the difference between your client spending ten years behind bars or being free to visit a bar (forgive the pun). Furthermore, your courtroom advocacy will have to be top-notch. If you get a kick from dealing with serious and high profile cases that sometimes get the society revolted, then being a criminal barrister is the way to go. For example, it is crime sets/barristers that have to defend the perpetrators of vicious crimes like rape and murder, as in the case of the late Sarah Everard who was kidnapped, raped and murdered by Wayne Couzens.

We have come to the end of the categories of chambers, I hope that the above overview will help you in whatever decision you need to take to further your career. Lest we forget, there is also the option of working in regional chambers, this is for those who do not enjoy the idea of working in London. While not a separate category on its own, regional chambers can undertake criminal law, commercial law, public law and common law work. According to the Bar Council statistics, just over half of the practising chambers in England and Wales are located outside London. We can glean from this stat that there is a large concentration of barristers outside London, and it is possible to have a successful career as a barrister outside London.

Furthermore, don’t forget that in England and Wales, both the Crown Prosecution Service (CPS) and the Government Legal Service (GLP) offer pupillages to aspiring barristers (and training contracts to solicitors in the case of the GLP) leading to permanent roles with fixed salaries, holiday and sickness pay, pensions and all the usual employment protection rights. If you intend to choose a regional Chambers or the opportunities provided by the Government, you should bear in mind that your take-home pay will not be as fantastic as that of a barrister working in a commercial set in London.

Charles is a writer, practising lawyer and personal trainer who loves learning and developing himself. He graduated from Middlesex University, London with eight first-class grades in the second and third years of his law degree, and received a postgraduate offer from Cambridge University. He loves strength training, boxing and encouraging people to succeed in their pursuits (legal ones)