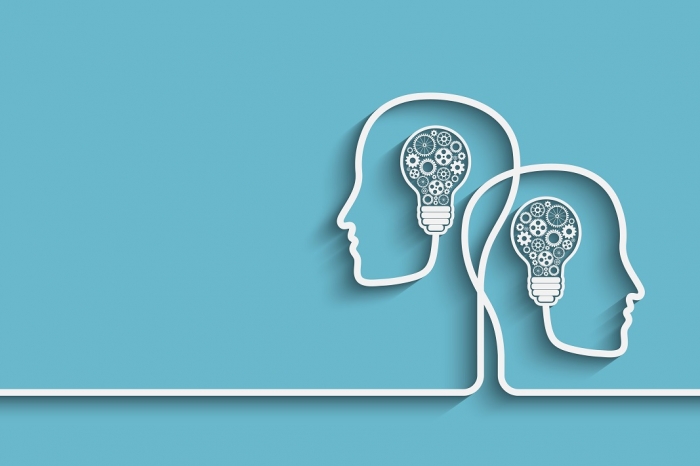 What are Pupillage and Tenancy

What is a Pupillage?

Pupillage is the final step towards qualification as a barrister for everyone that aspires to be a practising barrister. Pupillage usually lasts for one year (sometimes it may be extended to 18 months, but this is only offered on rare occasions), with the year divided into two six-month periods, known as ‘sixes’. As it is the final stage of training to be a barrister, you will be encouraged to put into practice everything learnt so far in your educational journey. You should also note that while pupillage is the final step, you can be called to the Bar without going through the pupillage – as the final requisite factor of being called to the Bar is when you pass the BPTC. A pupillage is essential if your goal is to practise as a barrister. In light of this, you can think of the pupillage as the equivalent of the training contract for the solicitors.

Pupillage is usually completed in chambers under the supervision of experienced barristers. However, a small number of pupillages are provided for at an employed Bar organisation – for example, in-house at a large commercial organisation, in a law firm or the Government Legal Department/Crown Prosecution Service. Notwithstanding this, if your pupillage is at an employed Bar organisation, it’ll be under the supervision and guidance of a junior barrister with at least five years’ experience. In some scenarios, pupils may spend their whole pupillage at one Chambers, while others will complete the first half at one set and the last half at another. When you complete all the necessary stages of the pupillage programme you will receive a Full Qualification certificate.

The sixes [of the pupillage] are split into the non-practising period (known as the ‘first six’) and the practising period (commonly referred to as the ‘second six’). What this simply means is that during your first six months, you will not be eligible to take on your matters and instead will assist your supervisors with case preparation, hearings, and legal research. But during your second six months, as a pupil, you’ll be able to take on your matters, handle your cases and clients (rights of audience), and begin to develop your professional profile and reputation. This might be scary to someone reading this piece but it is very much doable.

In your sixes, you will be assigned a supervisor (or more). Some chambers will offer one supervisor for the whole pupillage while others may offer 2, 3 or 4 different supervisors, each for around three months. Your supervisor(s) will be an experienced member of the chambers specially trained to provide the necessary guidance for you during your pupillage. Their role is to provide an insight into life in full-time practice at the Bar. Your supervisor will support you in developing the procedural knowledge and practical skills required to succeed at the Bar. Your supervisor will also provide continual feedback and it’s good practice to make them your first port of call when you are struggling or have concerns or queries. During your first six, you will spend the majority of your time with your pupil supervisor(s) and the majority of the work you prepare will be for their cases.

Life as a Pupil in the Sixes

As you already know the First six is the informal name given to the first six months of pupillage. As I’ve mentioned earlier it is often referred to as the non-practising stage in the sense that you are not yet eligible to take on your matters, instead will assist your supervisors with case preparation, hearings, and legal research. The majority of your time during the first six will be spent attending court and conferences with your pupil supervisor, who will be an experienced barrister from your chambers. If you are a pupil in a commercial Chambers your work will involve more paper-based work than advocacy, as most of your time will be spent in your supervisor’s room rather than in court. Therefore expect to do a lot of legal research, drafting statements of case and sections of skeleton arguments and writing opinions and assisting your supervisor in his transactions. On the other hand, if your pupillage is in a criminal set – a busy one for that matter – you will be in court almost every day, and expect to assist your supervisor with preparation for court which may include conducting legal research and drafting documents such as client-care letters, applications and skeleton arguments. You may be asked to do similar exercises for other members, with your supervisor’s approval. Towards the end of your first six, you will start to go to the magistrates’ court with more junior members of Chambers to see the sort of work you will be doing when you are in the second six and beyond.

The Second six is known as the practising stage because it is at this stage you are eligible to practise as a barrister in your own right once you have received a provisional practising certificate. As a second six pupil, you will have more independence and can take on your cases and appear in court. Most of the second six will be spent in the magistrates’ courts. It is a very steep learning curve – you learn to digest things quickly and it gets easier over time. The office diary is often finalised at short notice. You often don’t know where you will be the next day until the end of the day. There can also be quite a lot of travel. Every case is different and every single day you will be learning something new.

Without completing your sixes (pupillage), you won’t be able to secure tenancy – tenancy is the securing of a permanent place within a set of chambers (which we’ll now discuss)

What is a Tenancy?

At the end of your pupillage (after 12 or 18 months depending on the number of sixes you took), you may be invited to join your Chambers permanently, as a full member of chambers or ‘tenant’. This is what is referred to as tenancy. Barristers normally secure tenancy in the set where they completed their pupillage, although it is also possible to apply elsewhere. If you have read our pieces on the four Inns of Court, you’ll know that historically chambers consisted of groups of barristers renting rooms (chambers) from the Inns of Court; hence why it is called ‘tenancy. An offer of a tenancy is one of the biggest prizes that a barrister seeks early on in his or her career as the invitation from a set to take up permanent space at their Chambers assures you of access to work [in the least as a junior counsel], access to the services of the clerking and administrative teams. New tenants will often be expected to pay towards the cost of running the chambers (although costs are usually divided on a sliding scale by earnings). Joining a Chambers may also involve, for example, buying into the company that owns the chambers building.

If pupillage is the Holy Grail, a tenancy is the Holier Grail. This is evidenced by the statistics of the Bar Council, the approved regulator of the Bar of England and Wales and the Bar Standard Board. Through the Bar Council’s statistics, we know that in 2020/2021 there were 421 pupillages advertised by organisations authorized to provide pupillages; while the stat that was found on the Bar Standard Board’s website for the same period shows that there were only 286 tenancies issued. This shows that your completing a pupillage at a Chambers will not always guarantee an offer of tenancy. The decision to offer a tenancy is not taken lightly. A tenancy is usually awarded after a vote of all members of chambers, following recommendations from a tenancy committee, clerks and possibly pupils’ instructing solicitors. Tenancy decisions are commonly made in the July of the pupillage year.

Whether you are applying to a different set for a tenancy or to the Chambers you did your sixes at, or if the Chambers does not need an application before it grants you a tenancy there are certain things you need to be to stand out from other applicants. The truth is that if you are at a Chambers that will potentially offer a tenancy you will be constantly evaluated from the onset, as such you should embrace the following tips

If you have been unsuccessful in securing a tenancy it’s not the end of the road, as there are other options you can take to continue in your quest to become a fully practising barrister. A common path unsuccessful applicants may take is to participate in a ‘third six’ at another Chambers, where they continue to work as a pupil for another six-month probationary period. Occasionally, pupils may be offered a third six at the set where they were a pupil, as a means of giving them a second shot at full tenancy. A third six can sometimes extend to a fourth six at the same or another Chambers. If you find yourself in this situation visit the Bar Council’s website as it advertises third six vacancies on their website. Another option is to remain at the Chambers as a squatter. As a squatter, you are different from a tenant in the sense that as a squatter you’ll be permitted to use chambers’ premises and receive work from the clerks, but you are not a member of the set. The other option is to take up a position as an employed barrister. If you have not been able to secure a tenancy you should not beat yourself up as in some cases the reason for failing to secure one might be that the Chambers did not have enough space to accommodate another tenant.

Charles is a writer, practising lawyer and personal trainer who loves learning and developing himself. He graduated from Middlesex University, London with eight first-class grades in the second and third years of his law degree, and received a postgraduate offer from Cambridge University. He loves strength training, boxing and encouraging people to succeed in their pursuits (legal ones)